Okay Pandora quick post then I have to run. Going dress shopping with Mariah.

I guess there’s a reason people in successful relationships preach the importance of friendship in relationships. With Patterns and I being best friends before lovers makes this one of the best relationships I’ve ever been in. He knows me almost better than I know myself. He notices everything about me and I love that about him. Oh wow, LOVE. There I said it. I don’t think I’m ready to tell him yet. Until next time Pandora.

Arkansas: “I don’t know what you mean”

Patterns: “Seriously? After all this time do you really don’t think I know you. Know your moods. You can pretend with everyone else. With me, you don’t have to pretend.”

Patterns: “Okay so you wanna use nicknames huh. ARK. I always know when something is wrong.” 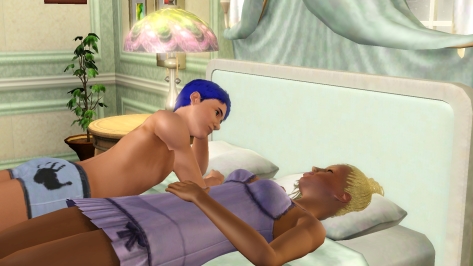 Patterns: “That’s it, tickle time, until you spill it.” 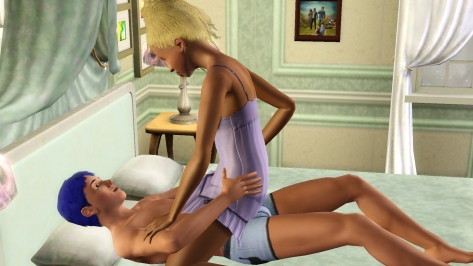 Arkansas: “I wouldn’t say it’s sad.. Okay it’s sadness Patterns. I guess you could say, I’m envious. There I said it. I’m envious.”

Patterns: “Of what? Oh wait let me guess, Mariah?”

Arkansas: *hangs head* “Yes. Pat, I can’t help but be envious. I mean, I know that she and Alaska has been through a lot and they’ve come out on top. Soon they’ll be married; then comes the kids. Bet you dollars to donuts she comes back from her honeymoon pregnant. Heck the fact that she isn’t pregnant by now is A-mazing. Her and A have been like Rabbits since high school; me I get pregnant after the first time. *ugh* but I digress. Truthfully, I feel like I’ve been through a lot too. A single teenage mother; failed relationships. The only thing going right is my career and I’d like to think I’ve been a great mother..”

Arkansas: “Thanks. That means a lot. But I want more. I want to be planning my wedding. Having Mark in the house, makes me want another baby. I’ve always wanted more children. Here I am, almost 30, a 13 year old and what else. I’m unfulfilled..*ugh* Who knows. I’m confused. I don’t mean to be negative; sad about Mariah’s happiness. She’s wanted this for a long time. She’s loved my brother for years. Maybe I’m feeling down because our birthdays are right around the corner. Could I be gearing up for a midlife crisis?”

Patterns: “What are we doing then Arkansas. I’ve moved in to your room. We’re not just “sleeping” together, we’re woohooing too. Does that not mean anything?”

Arkansas: “No it means something Patterns. Not just passing time. I want this to be more than.. I don’t know but I want more. You.. this, it’s making me happy too.”

Patterns: “Good. I’m glad I’m making you happy. I want the opportunity to always make you happy. This isn’t a passing fad for me either. Things didn’t work out with Nikki because she didn’t want any more children. I want children too Arkansas. I consider Connecticut just as much mine as he is yours and Jeremy’s. I’ve been there since you brought him home. If you..”

Arkansas interrupts: “He is, Pat. He knows you love him. He even told me he’s like the luckiest kid ever. He said he’s blessed to have 2 dads that love him. He loves you like a father Patterns, even though you’re not biologically.”

Patterns: “Arkansas, if you give me a chance, I’ll make you happy. I’ll make your dreams come true. We never had the chance before. I don’t know if you felt weird after I was turned real or what, but before you didn’t like me that way. You dated Tom, I too moved on. I dated Nikki. Both of those relationships are over. We’re older now, and I think we’re ready now. Let me love you. Let me show you how it can be between us.”

Arkansas: softly “okay..okay. I want that.”

Patterns: “Good, and as for the other stuff. The emerging midlife crisis”

Patterns: “I got the perfect idea.”

Arkansas: “oh Sim, what could that be hmm”

Patterns: “You need a new look. I think you should cut your hair, or something. Buy a new outfit..”

Arkansas: “I buy clothes all the time”

Patterns: “Um yeah for Conn, for Cosmo, for Mark.”

Arkansas: “I bought myself a new dress for the Gift Giving Party”

Patterns: “GREAT start. Anyways back to what I was saying. Don’t they say, a new haircut makes you a new woman, or something like that.”

Arkansas: “Hahahaha, you don’t know what you’re talking about”

Patterns: “Hahaha yes I do. I read it somewhere, SimCosmo..somewhere. Hahaha”

Arkasnas: “Okay okay, a new outfit, a new haircut equals a new me, is that what you’re saying?”

Patterns: “Its a start, followed by loving me.”

Patters: “See, it’s already working; told you I can make you happy. Stick with me kid, you’ll go far.” 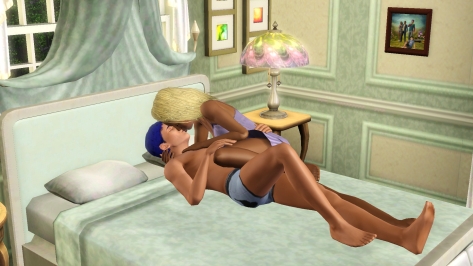