The year that Connecticut was going passed very quickly. It seemed liked only yesterday Mariah and Alaska moved out with their family. Their kids are growing up fast! The triplets are all school age now; and Mark is a pre-teen. He hasn’t grown much though. Jeanu looks just like Mariah and the boys Fairbanks and Kodiak are a blend between both Mariah and Alaska. 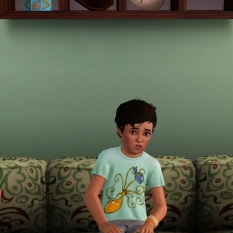 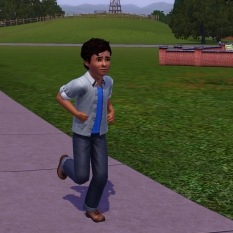 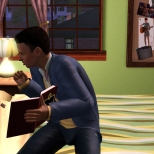 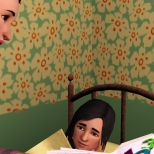 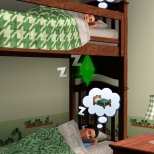 Remember how I said it would be a bad idea to get a female dog as a companion for Hartford. No one listens to me. One day I looked out the dining room window and guess what I saw

There is no telling how long this has been going on. I took Derby to the vet and she is not pregnant at this time. I guess her and Hartford are married now and it’s only a matter of time before she births a litter. Ugh I still have horror memories from when Hartford was a puppy and all the things he chewed up.

Colorado is now a toddler as well and has his father’s eyes and his grandfathers hair color; similar to Alaska’s hair color. He and Cali play together a lot; they are going to be best friends. Cali has learned how to walk, and is potty trained and is learning to talk. 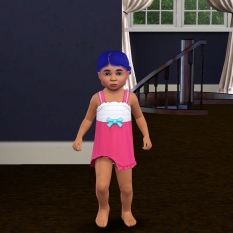 Connecticut returned home Love Day weekend. Cosmo was most happy to see him return; but so were his dad and I. I don’t Cali and Colorado noticed that Conn was gone. Because it was Holiday Weekend Connecticut spent most of his time with Cosmo. They not only got matching tattoos that weekend but also engaged! How romantic to get engaged on Love Day.

The pool got heavy use this past summer. The dogs were swimming; Cosmo and Connecticut were always laying out and drinking juice from the Keg. We had a few bar-b-q’s and we threw a party for Leisure Day and set off fireworks. 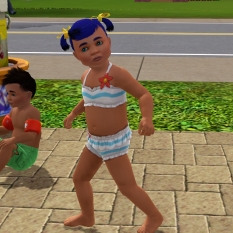 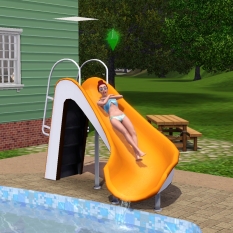 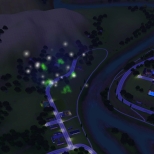 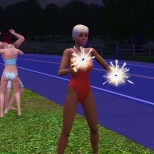 Derby went into labor at the end of Summer on our living room floor. She gave birth to a single male pup which Connecticut named Durham. I wasn’t interested in having another puppy, but I must admit Durham is adorable. However, it must be known; when Connecticut and Cosmo move out their canine family will be moving with them. No more dogs.

I decided to combine a feast party with a costume party for the Fall Season since parties seem to be the only way to see the bulk of our friends and family these days. I was very happy to see Arizona show up to the party, as Jasper had recently passed. I also caught up on all the family gossip. For instance- Mariah is again expecting ( I suspect twins by how large she is so early in the pregnancy) and my nephew Scotty (Arizona’s 3rd eldest son) has made me a great Aunt again (both Sun and Aspen have toddlers) and Solomon (Arizona’s 2nd eldest son) was finally marrying his high school sweetheart.

Imagine my surprise and disappointment when I Conn informed me he and Cosmo would be marrying at the City Hall. CITY HALL! They didn’t want a big wedding and neither of them could take off work for a honeymoon. Cosmo is still in her internship at the newspaper and Conn is still a rookie. I had been planning their wedding since they announced their engagement. Conn said they didn’t want to wait a year to get married. He and Cosmo were ready to get married and move out. They still slept in their childhood rooms. Connecticut said it felt “weird” to Woohoo in the house not married. I have NO idea where he comes up with this stuff! His dad and I wouldn’t mind if him and Cosmo shared a room. But if they like it I love it. 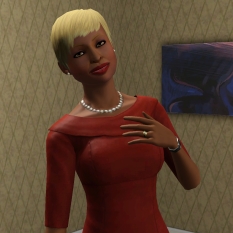 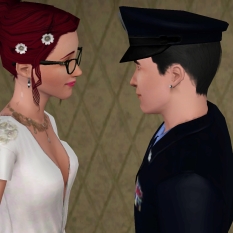