The family just continues to expand. Every time I turn around someone in the family is celebrating a birthday, or giving birth. Ari, the oldest person in the family is still living. Jasper, her husband died years ago, yet Ari keeps on living. Maybe it’s because she was so healthy in her younger days; I don’t know her secret but I hope to live as long as she has.

I thought this time I’d start by updating you with some of the other family members. They are all so near and dear to my heart. Some I see daily; others I don’t see often enough.

Sun and Vicente’s family is ever expanding. Ray is school age and soon to age up to teenager I’m sure. Ray comes over often and is good friends with both Cali and Rado.

Sadly though, Ray got that State family square-jaw, which I’m so lucky to have missed out on. Daddy passed his square-jaw to Ari,and Arizona passed it to practically all her kids ( I think Scotty lucked out) and I can see it so many of my nieces, nephews and great nieces and nephews.

Sun’s daughter, Toni is now toddler. And she is so cute.

I go over to chat with Sun and play with my great niece. With them being next door, our families are very close. 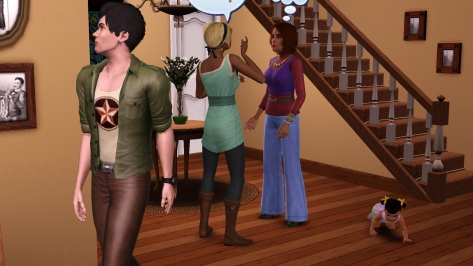 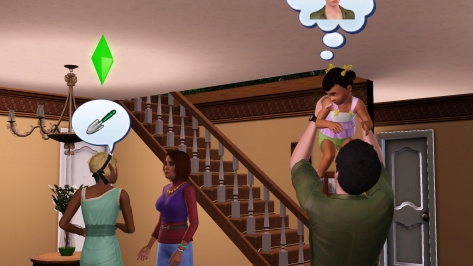 And I hear that Sun is pregnant again. Much like me she waited until late adulthood to have kids. 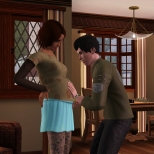 Ari’s last two kids, the twins Tia and Darrick have aged up to young adults. Tia is beautiful. She too has daddy’s jaw and just like her mother, Tia has joined the fire department. I know Ari is so proud. 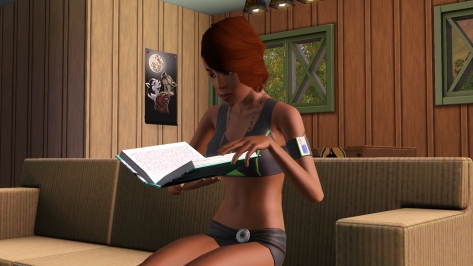 Tia reading at the firehouse

Admittedly Tia has a body that doesn’t quit. Which is probably why she has an equally handsome and fit husband.

I hear Tia’s domestic skills could use some work, so I guess it’s best that she spends most of her time at the Fire Station. 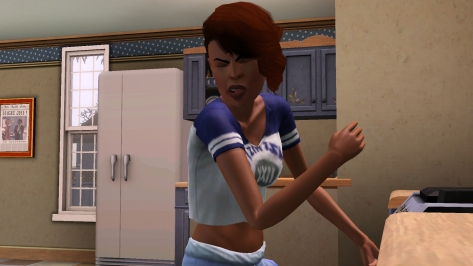 She does make it to family functions. Which is about the only time I see her. We do text a lot though.

Her brother Darrick has joined the education track and is working towards being a teacher. 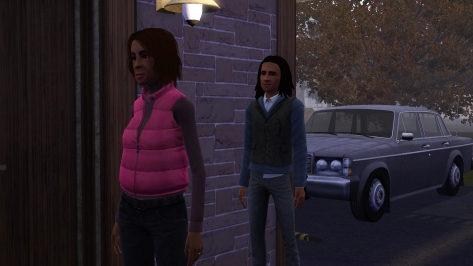 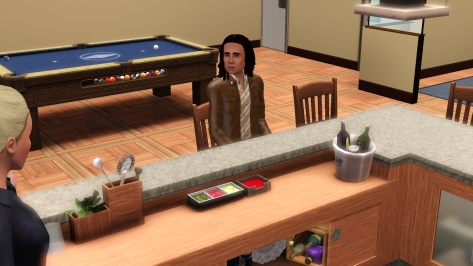 His wife is very pretty and petite. I don’t see much of either of them. He doesn’t always make it to family functions but I do try to maintain contact with him through phone calls and texting. 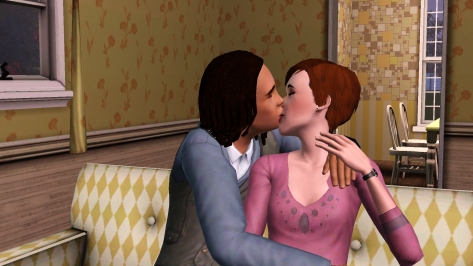 Ari has re-married some young scientist in town named Kenji Midden. This of course came as a big surprise considering he’s half her age. Ari now lives with him.

A and Mariah are doing very well. As a matter of fact, Mariah is now elder and soon too will be Alaska. Mark will be aging up to be YA in a few days. The triplets are teenagers and the twins are now school age. Boy time flies.

A and his family at the art gallery

Juneau looks like a mini Mariah. She’s aged into a beautiful young lady.

Kodiak and Fairbanks look nothing alike. Kodiak has the huskier build of the State men, and has his grandfathers square jaw (poor thing); whereas Fairbanks has a more slender build like his mom and did not inherit the State family jaw (yay for him).

Fairbanks is behind Kodiak

Mark looks like a dark brown Sunny. He looks so much like her; I think of her every time I see him. I’m sure so does Alaska (and no doubt Mariah). I know he talks to her on the phone and misses his mom; but she couldn’t give him the home that A and Mariah could. Mariah loves him as if she birthed him. She’s been so good to him. They have a great relationship.

Alaska and his 3 oldest boys. Mark in on the left

The twins, as fraternal twins are more prone to do, look nothing alike, however they are quite handsome. I’m partial to the little blonde myself; Willow is so cute. Fox isn’t bad looking either.

They are all beautiful children; none of whom look at all alike! hehe, hard to believe they are brothers and sisters. But that’s genetics for you. 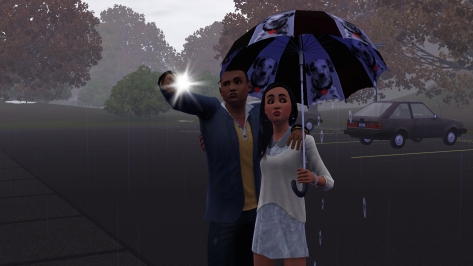 Solomon and his wife Debbie have a little girl named Abigail. The first orange haired girl in the family. Solomon’s hair is light brown, but not nearly as orange as Abigail’s. So far it looks like she has escaped the State jaw legacy!

Debbie doesn’t come around much, but Solomon speaks of her often. Initially when they moved to Appaloosa Plains her family moved too and that’s who Solomon and Debbie stayed with. They have since moved into their own home. I’m sure it’s only a matter of time before their family expands.

Debbie checking herself out in the mirror

Aspen and Janice have River and Jayme. River is Cali’s best friend as you already know. Those two are as thick as thieves. River of course is always over. 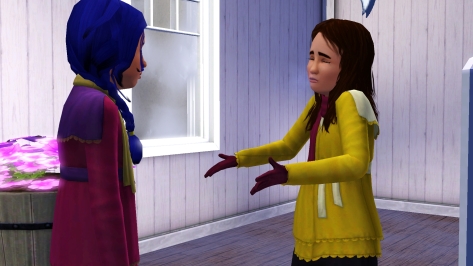 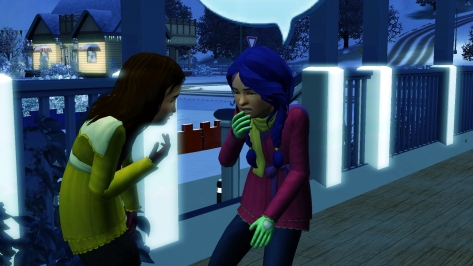 Looks like little Jayme too has escaped the State family jaw.

We visit Aspen and Janice a lot too because they live right down the street. 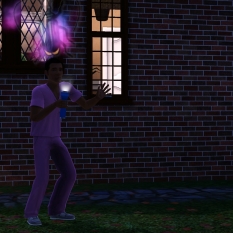 Scotty telling a ghost story to no one 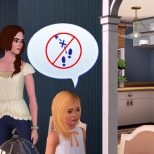 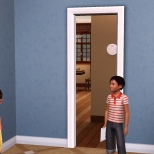 The funniest thing about having so much family locally is that no matter where you go around town, you are liable to see family; sometimes, the only people there is family! it’s always like a mini reunion.

The years continue to fly by and before I knew it, it was I and Patterns birthday! The day had finally come that I would join by brother and sister as an elder! Of course we had to throw a party.

All I can say is that I was feeling myself on my birthday. You couldn’t tell me nothing. 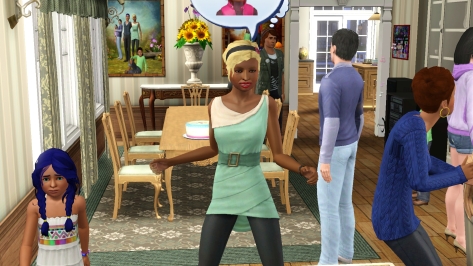 A good portion of the family showed up to help us celebrate. I’m truly thankful.

First I blew out the candles

And then it was Patterns turn 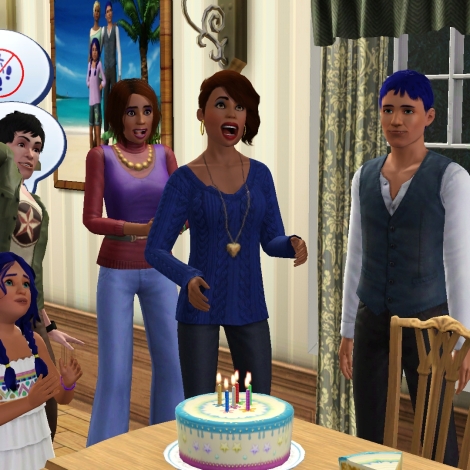 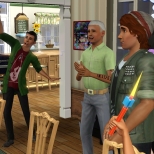 We give new meaning to the phrase “growing old together”.

After I aged up to elder I decided it was time to retire. I’d worked hard these past years. I have enough money saved up that should the children choose to go to University it’s paid for; when Rado is ready to move out on his own he can purchase a nice home for himself; with plenty of money left over. And I’ve already decided that Cali will be my heir.

Now with my free time I get to spend more time with my husband; visiting family; helping out in the garden; and playing with the children. 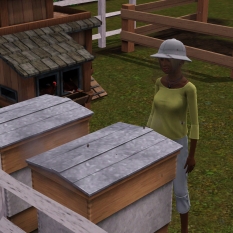 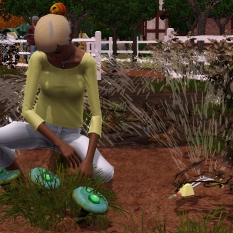